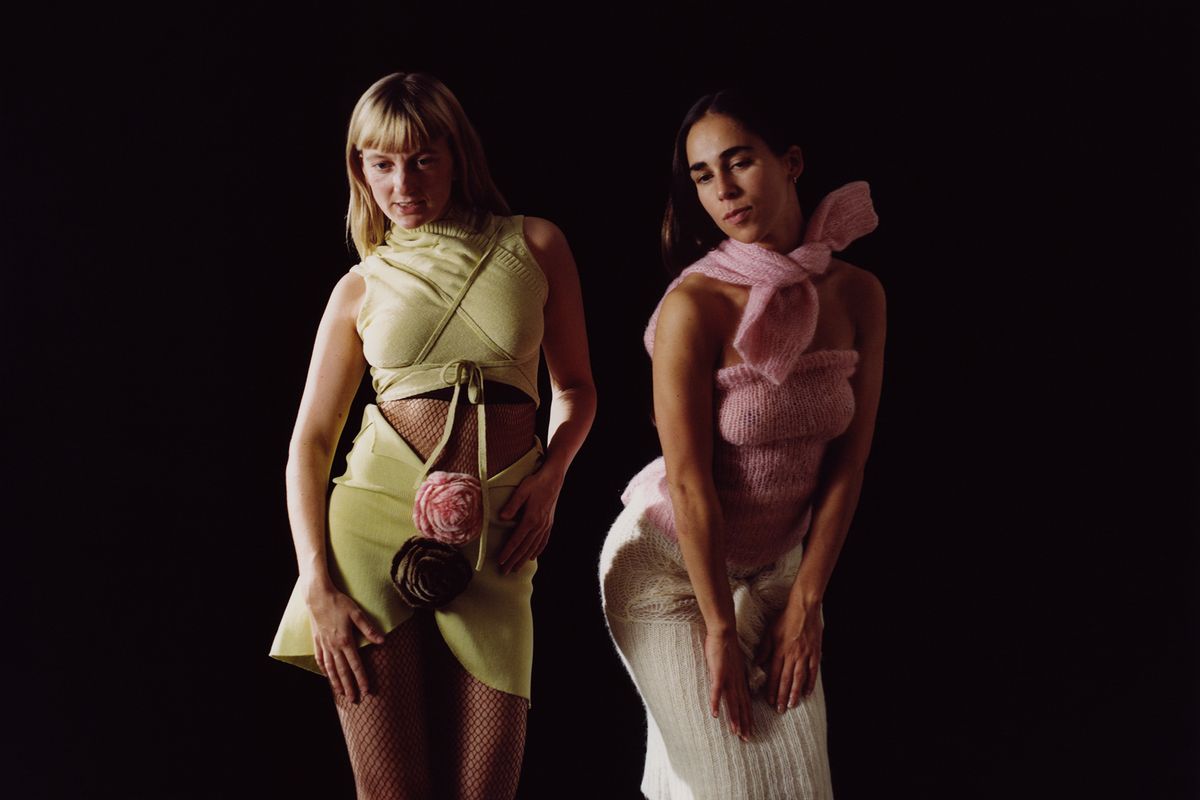 Smerz Is Back, Let's Get Weird!

Having since relocated from Copenhagen to Oslo in their native land after their last EP, 2018's Have fun, Henriette Motzfeldt and Catharina Stoltenberg returned with a trailer for their latest project, Believer, and it is the strangest, most thoroughly Scandinavian piece of film we've seen since Ari Aster forced poor Florence Pugh to watch all those old people throw themselves off that cliff last summer.

Related | These Speakers Come With Their Own Curated Musical Lineup

Written, directed and produced by Benjamin Barron with costumes by Bror August, the clip sees Smerz embark on a surreal sequence of events along the alpine countryside. From pumping water out of a well to climbing a tree while wearing what can only be described as a giant upside down shuttlecock, the visual is pastoral and absolutely inscrutable.

The trailer also gives us a glimpse at a possibly new sonic direction for Smerz with Motzfeldt showing off some downright operatic vocals on "The favourite," as she stares down a stone-faced Stoltenberg in a church that seems straight out of a Wes Anderson movie. With icy regal strings running under the Norwegian lyrics, "The favourite" feels nostalgic, like an obscure fairytale sharply contrasted by the following "Rap interlude" that sees Smerz return to the familiar effortlessly cool territory we've come to know them by.

Other than a vague 2021 release date, details about Believer are sparse. Check out the full trailer, above, and stream "The favourite"/"Rap interlude," out now on all platforms.